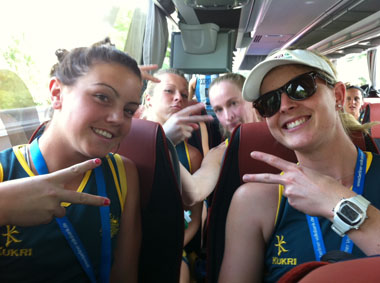 Sorry it has been a few days between updates. I thought I’d wait until I had some more news to share. We have played 2 games since I last wrote, one against Germany which we lost 3 nill and then yesterday we played Korea and won 2-1. The game against Germany was my first game and was certainly a game of two halves. The first half was the best we have played so far which was really pleasing but in the second half things didnt go so well. They scored a field go and were given two strokes. As always Adam took it as a real positive and we were able to take heaps of lessons out of the game. I guess this is why you play games before a major tournament. Yesterdays game against Korea was great. A much improved performance, so everyone is now feeling good about champions. 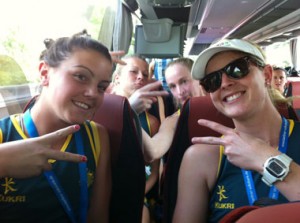 Today we fly to Holland with all the other teams and will hopefully have a bit of free time when we get there to check out our location. I have stayed at this hotel before but it was on my debut tournament so my memory of it is a little blurred. We still have two more practice games before the tournament so plenty more to work on but looking forward to getting stuck into it.

You may be pleased to know that we havnt escaped the rain over here that facebook tells me everyone is experiencing back home. We were able to test out our new water proof jackets yesterday and luckily enough they came through with the goods. Ok better go pack. Chat soon 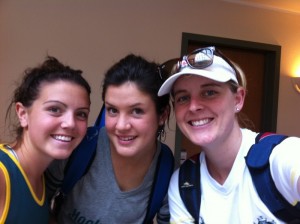