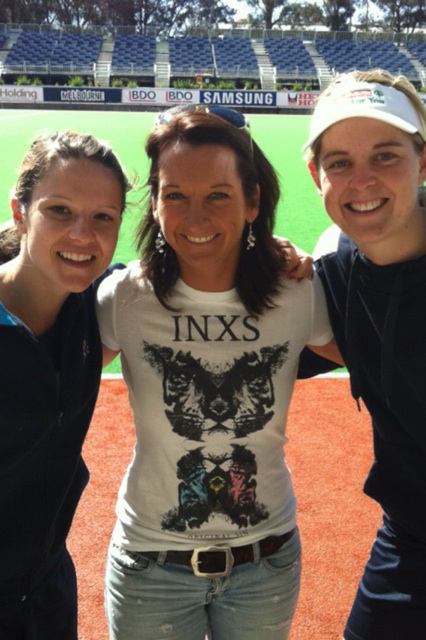 Hockeyroos are in Melbourne. Finally! For the next week a squad of 36 athletes are training and playing in Melbourne in preparation for the Olympic Qualifier tournament in Hobart. With two teams selected we all have the opportunity to train and play whilst also attending some workshops and team activities.

We all flew in Friday afternoon from various states and it turns out the Perth group were lucky to make it all. The other Qantas flight that left Perth when we did hit a flock of birds and had to turn back. Luckily we made it safe and sound but were greeted with some bitterly cold Melbourne weather. The jokes came thick and fast but hey, Melbourne is the best city in the world so who cares if the weather is cold and unpredictable.

We sure got lucky with our apartments on this trip as we are based right in the heart of Carlton on Lygon street. Plenty of shops and restaurants within walking distance which sure makes life easier. We are training twice a day so busy as usual but its so nice to be in my home state and training at familiar venues. 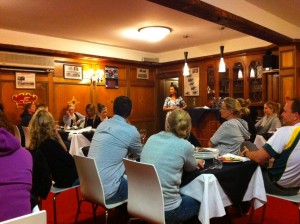 Our staff kindly organised for us to hear a talk from and spend some time with two amazing female athletes while we are here. On Saturday we met Layne Beachley who if you do not know is one of Australia’ most successful female athletes. Seven time world champion in her sport of surfing. Wow, what an inspirational story and an amazing person. She spoke for an hour and I do not think anyone looked away once. She changed female surfing in Australia and really put us on the map in that sport. Some cool stories about sharks, 50 foot waves, and sitting out the back at her favourite breaks with the boys. She has assisted many hockey girls, including myself, through her foundation called Aim for the Stars. If you have not heard of it then I recommend you check out her site. Layne also came down to training this morning so we had the chance to chat more informally with her after our session. She is so laid back and Australian. I love it!! We could not resist grabbing a quick photo with her before she left. 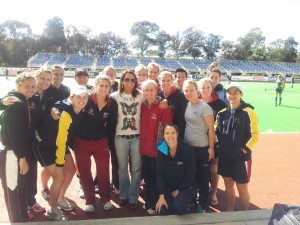 Our second speaker was Claire Mitchell Tavener who is an Olympic Gold medalist (Sydney 2000) who was a member of the Hockeyroos for many years. Someone who we all found we could relate to and who’s story was particularly relevant given each girl in the room was aspiring to achieve exactly what she did. This talk, like Layne’s, was very honest and open. She spoke freely about the challenges she faced including missing out on the Atlanta Olympics, being told she would never make it, and of course training and playing with the most successful Hockeyroos group ever.

We were very privileged to be able to spend time with and hear the stories of these two amazing females who both achieved huge success in their own sports.

So back to the hockey. During the week we will be playing 4 games against each other and also a mens team. This will be invaluable game time and preparation for us in the lead up to Olympic Qualifiers. Ill be back on throughout the week with more updates and hopefully some stories about the hockey and of course the mischief we get up to on tour 🙂 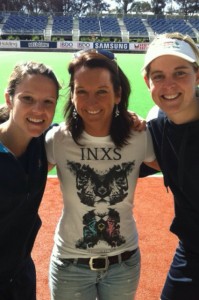 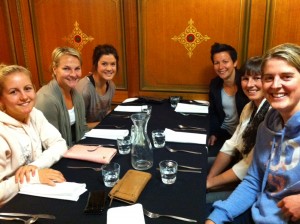