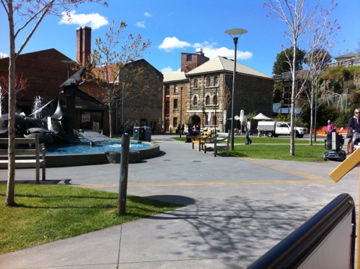 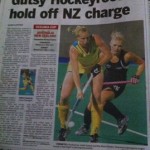 Sorry I have been very slack in updating you all on our tour of Hobart. We arrived here last Sunday after our training camp in Melbourne and have been madly training in preparation for our three match series against our arch rivals New Zealand. Tassie was very kind to us for our first few days in providing cool but sunny weather that we made the most of by spending all our spare time sitting out the front of a nice cafe. The tournament started on Thursday night when our Kookaburras played the Kiwi guys. We caught the very end of the game and were disappointed to see our boys lost 3-0 for the first time in 13 years. Maybe this added some fuel to our fire as we went out and fought hard to beat the Blacksticks 2-1. It was a very tight game and a busy second half for me but great to hang on for the winner. Anna Flanagan scored her first two international goals which was fantastic for her. 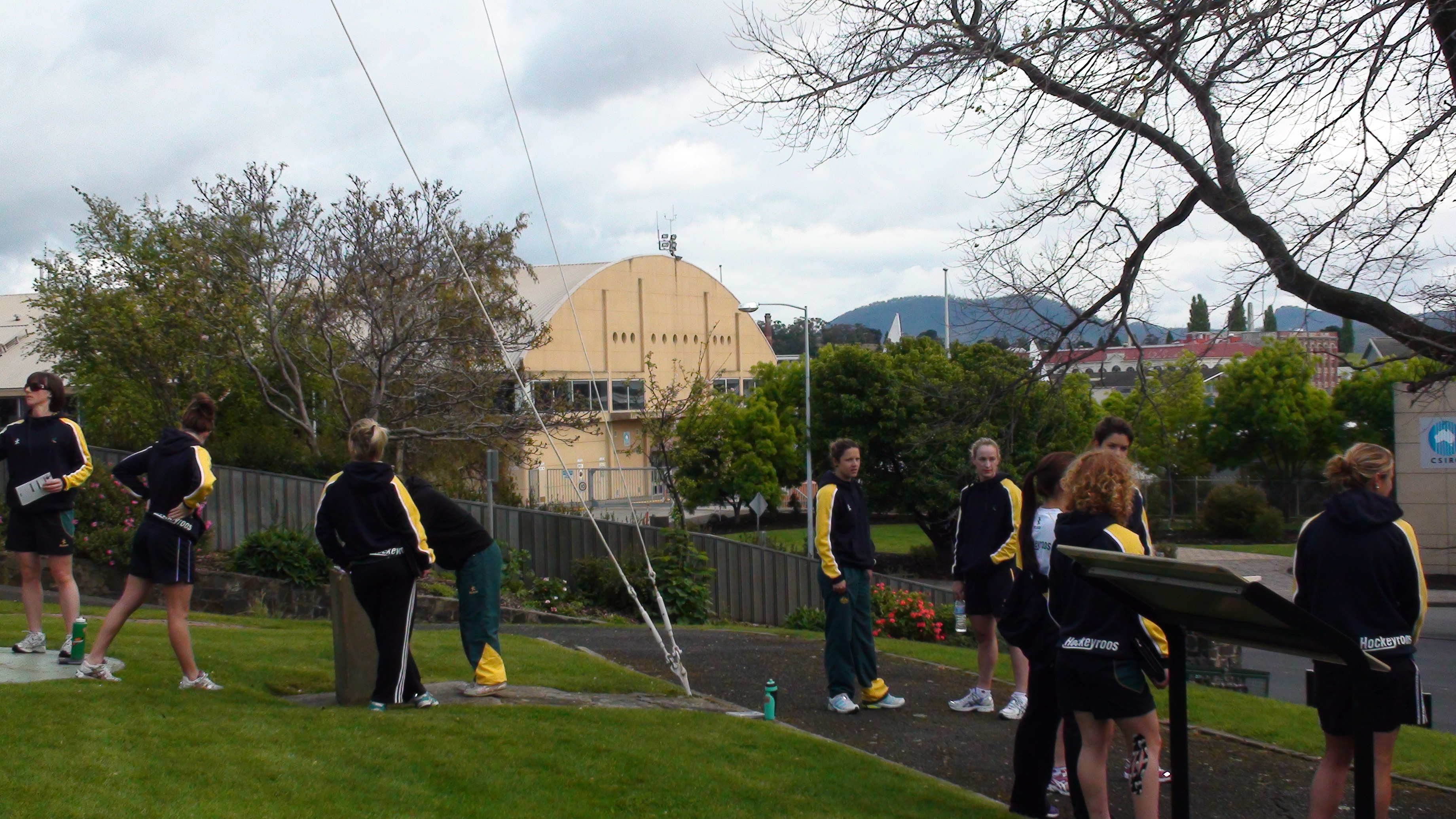 Round two finished up today with both teams ending on a 3-3 draw. Our game was tight again with the Kiwis scoring first through a well executed penalty corner. By half time we were 3-1 down but still feeling confident in the way we were playing. Second half was a very different game. We were all over the Kiwis. Casey Eastham managed to slot one away from a penalty corner then our new young gun Emily Smith scored her first international in only her second game for Australia. A great effort all round and again pleasing to see the progression we have made as a group over the last 8 months.

Our final game against the Kiwis did not end as we had hoped. Requiring a two goal win to take out the series the Kiwis played a great game and managed to beat us 4-2. Again we showed that things are looking up for the Hockeyroos but we could not capitalise on our chances like the Kiwis did so went down through goal difference in the series. Our boys however did manage to find some form in time to take out their series by winning 6-1 in their final game.

Of course, the week has not just been about playing and training. We attended the Hockey Australia Hall of Fame induction luncheon which is a very important event on the hockey calendar. Here we were able to mingle with many of the people who are the backbone of the hockey community in Australia. The day was also a fundraiser with numerous items being sold to raise precious funds for Hockey Australia. The Hockeyroos sure came out on top after having a 10kg Cadbury chocolate block donated to us after it was purchased by Paul Kelly. How lucky are we. You will be pleased to know that we did not polish off all 10kgs while we were away. 8kg managed to make it home to perth with us.

So its back to training this week in preparation for our International Super Series in Perth Oct 20-23. Tickets are available from ticketmaster or check out my previous post for more information. Do not miss out!! 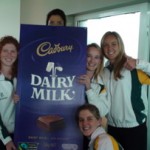 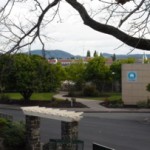 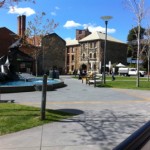