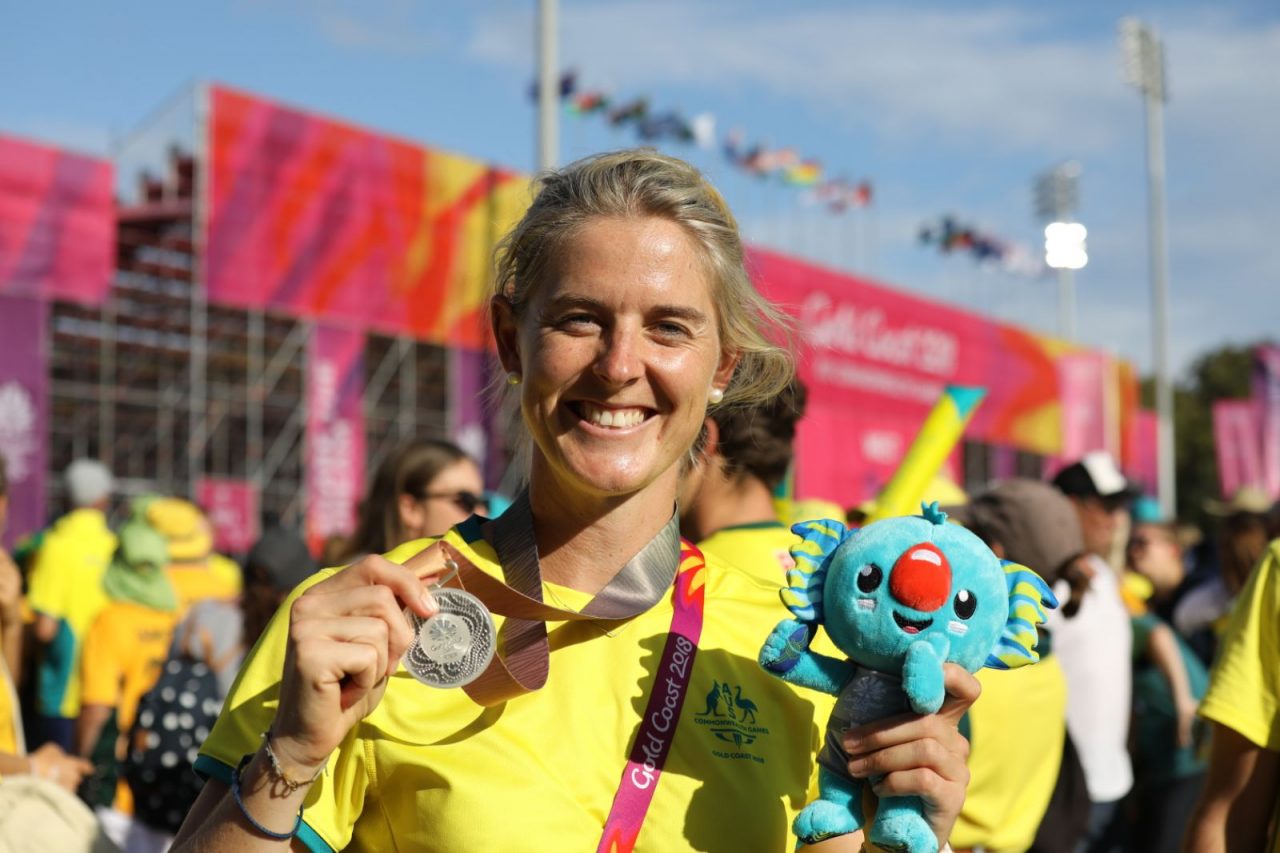 Having recently returned from the Gold Coast Commonwealth Games and now enjoying a much needed break it is with much pride that I have been able to wear and show off my shiny silver medal. It has been wonderful to come home and share my experience with friends, family, the Victorian hockey community and also kids from my old school. 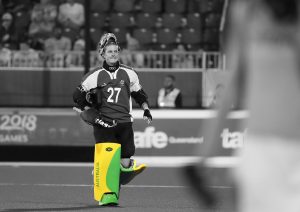 We were away for three full weeks for the competition but it was during the final 48 hours of the event that I learnt a very interesting thing: Silver medals are won not lost. In the hours following our final game, I noticed some really mixed responses from various Australians. The first was when we re-entered the village post-game and had the police and security guards at the gate clapping and cheering as we walked in: A wonderful moment!  But then came the odd comment of “bad luck” “unlucky” “sorry about your loss”. Now I am not for one minute judging these people for their responses. Of course, we wanted to win and gold was what we were chasing and all desperately desired. And yes, we had lost! But why should 5 tough international games without a single loss and without a single goal conceded warrant “bad luck”?  Yes we didn’t play our best in the final but we fought hard, very hard. Personally I was absolutely exhausted by the end of the game and I didn’t do any of the running that the girls did. It’s physically tough playing 6 games in two weeks and mentally draining too! New Zealand are always a difficult team to play and this time they were just better on the day. They deserved their Gold and a part of me, very very deep down, feels happy that they got to experience that winning moment that I got to have 4 years ago in Glasgow and 8 years ago in Delhi. Of course I wish it had been my girls having the moment but this is sport and we can’t all win! 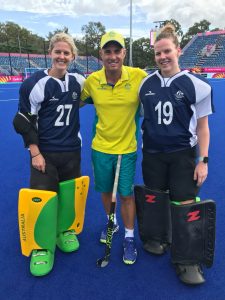 Over three full weeks we trained, researched opposition, watched endless hours of sport, ate delightful food in the dining hall, swam, chatted and played 6 really solid games of hockey. Being a home Commonwealth Games meant a few added pressures from media and sponsors but more so it meant incredibly supportive volunteers, smiling police officers, friendly cleaners and wait staff and of course packed stadiums with roaring crowds who were all cheering for us! I did have some nerves coming in to the tournament about the crowds. Playing in front of vocal crowds is not new to me at all. At the World Cup in 2014 we played Holland in the final in front of 15,000 screaming Dutchies. In Argentina we have struggled to hear over the noise of 5,000 singing Argentinians. But of course none of those times were the crowd there to support us. This was different. In a ceremony before these Games, where Mark Knowles was announced as flag bearer, we were treated to a Q & A from one of Australia’s greatest athletes, cyclist Anna Meares. She spoke of her time in front of home crowds and said that as an athlete you have to “use the crowd”. Knowing that they are there for you, to support you, and help you have success means you can use them for that extra bit of energy that can get you across the line. And that’s what I did. The roar of the stadium each time we scored a goal or I saved one was absolutely electric and something I will never forget. 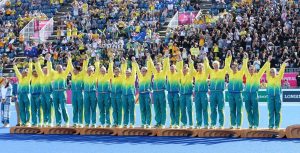 The Commonwealth Games as an event was a huge success. Gold Coast definitely put on a show and if you ask any athlete that attended I am sure you will only hear glowing reviews. The village was amazing, the facilities were top class, transport was seamless, packed stadiums, happy supporters and so many positive results! I am so thankful to everyone who helped out and made it such a success. 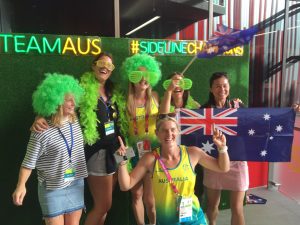 As is often the case for hockey we are unable to go and watch other sports live because our schedule runs for the whole two weeks. The opening ceremony was the night before game one so we couldn’t march, and then rest and recovery meant leaving the village for long stints to watch sport was not a priority. We did however have the Channel 7 App linked up to our tv so my roomies and I had events playing from the moment we woke up till we went to bed at night. There were plenty of highlights across the two weeks and a few I found particularly inspiring. Silver in the mens triathlon by Jake Birtwhistle set the scene very early on then followed up with gold in the team event. Our room helped Tia-Clair Toomey by cheering her on in that incredible final lift to win Gold. The Roos adopted Terry Nicks as our favourite boxer and loved following his fights. Chris McHugh and Damien Schumann dug deep to win the beach volleyball gold. Our Aussie Diamonds (the only event I got to see live) had the gold snatched from their hands with just 1 second to go but stood proud on the podium when receiving their silver medals. Kurt Fearnley is always inspiring with his races (Gold in the marathon and Silver in the 1500m). And who could forget Mark Knowles in his final tournament ever? Carrying the flag for Australia then going on to win his 4th Comm Games Gold with the Kookaburras. I love sport, I love Australia and I loved every single minute of these Commonwealth Games. Thank you so much to everyone who supported the Australian team! 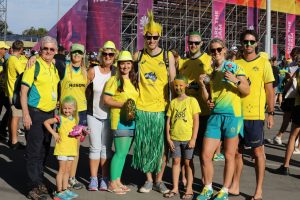 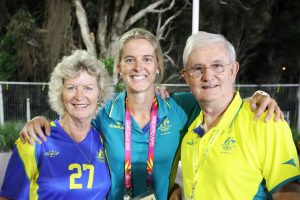 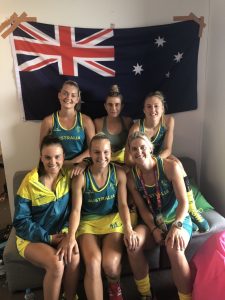 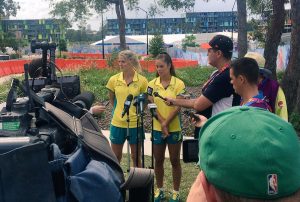 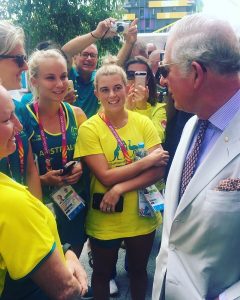