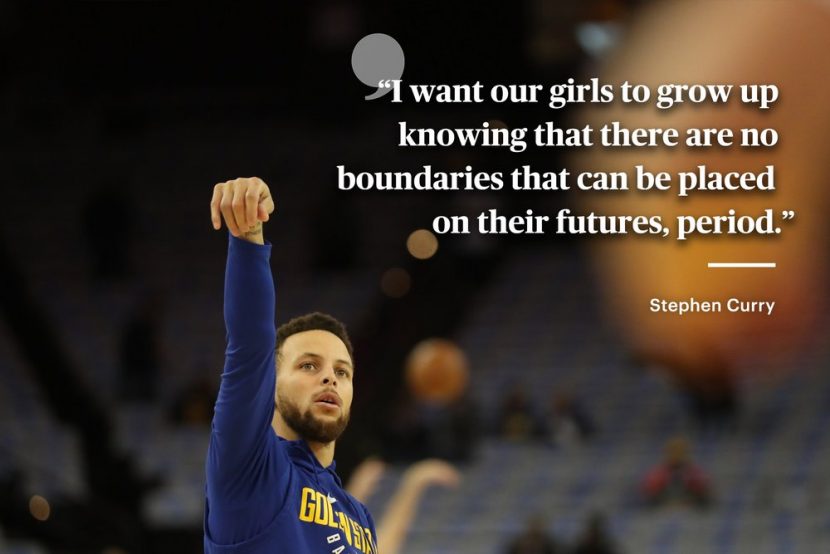 There’s this miracle happening at home right now. And before it’s over, I feel like I need to put it on paper — just to make sure I have some documented proof.

So let the record state:

Riley, our six-year-old daughter, wants to be like her parents.

I know, I know — it’s not going to last forever.

And I know….. that rebellious phase….. it’s coming.

But for right now?

And she didn’t miss a beat. “A basketball player cook.”

Like I said, the girl is really feeling her parents these days.

Now I won’t lie: The last time we asked, it was between “makeup artist” and “horseback rider” — so who really knows with this one. And I’m not going to pretend we have the logistics all figured out, either. Is she going to put out the cookbook first, and then start hooping? Or is she going to hoop first, and then turn to building her restaurant empire?

Either way, though, the skills are there. She’s dribbling 100 times in a row now, continuously — and we’re working on getting the left hand up to par. (Yes, the jumper is legit.)

And then on the cooking front, Riley’s big thing is making everything: from pasta, to cake, to eggs, to….. slime. She has us set up her camera while she’s doing her thing in the lab, and pretends like she hosts her own YouTube show. It’s crazy. I probably wouldn’t recommend eating the slime (too much glue), but her fundamentals — they’re already sound: elite-level recipe-building, and a lot of really creative color choices.

Anyway, it’s cool. And in all seriousness — to have a daughter who thinks her parents are alright enough role models that she wants to be like them … it’s a blessing.

But at the same time, you know, Riley arriving at that age, that age where she’s really starting to come into her own as a person — it’s also been a learning experience for me.

Growing up, I was lucky to be raised by my mom, Sonya — an incredible and fiercely principled woman who had the courage and vision to open her own school, the Christian Montessori School of Lake Norman. And for the last seven years, I’ve been lucky to be married to another incredible and fiercely principled woman, in Ayesha — who is both a successful business owner and the most amazing mother to our three kids. So for my whole life, really, I feel like I’ve been receiving this education on what it means to be a woman in America.

And one lesson from that education that’s really stood out to me is: to always stay listening to women, to always stay believing in women, and — when it comes to anyone’s expectations for women — to always stay challenging the idea of what’s right.

In other words, I’d like to think that these ideas have been on my mind for a while.

Riley and Ryan are growing up so fast. And with Ayesha and I suddenly seeing things through the eyes of these daughters of ours, who we brought into this world, and now are raising to live in this world … you know, I’d be lying if I didn’t admit that the idea of women’s equality has become a little more personal for me, lately, and a little more real.

And of course: paid equally.

And I think it’s important that we all come together to figure out how we can make that possible, as soon as possible. Not just as “fathers of daughters,” or for those sorts of reasons. And not just on Women’s Equality Day. Every day — that’s when we need to be working to close the pay gap in this country. Because every day is when the pay gap is affecting women. And every day is when the pay gap is sending the wrong message to women about who they are, and how they’re valued, and what they can or cannot become. 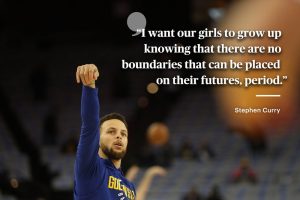 Last week, I did something I’ll never forget: I hosted a basketball camp for girls.

Let’s call it the “first annual,” actually, because I’m definitely planning on hosting one again. It was a lot of fun — just to share a court with 200 girls who love to hoop, and watch them do their thing.

But I think it was also something more than that. I think it was also the sort of thing that can help to shift people’s perspectives. So that when someone sees an NBA player is hosting a camp, now, you know — maybe they won’t automatically assume it’s for boys. And so eventually we can get to a place where the women’s game, it isn’t “women’s basketball.” It’s just basketball. Played by women, and celebrated by everyone.

One thing we’ve always maintained about our camp, is that we want it to be world class. And in 2018? Here’s the truth: You’re not world class if you’re not actively about inclusion.

And like I said, the camp was incredible. I’ve never seen a more engaged group of kids. At every boys camp that I’ve ever been to, you’ve always got some kids running around, acting wild. But this camp, these girls — they were about it. They were trying to absorb every single thing. They were running up to me after every drill, like, “Steph, Steph, I got some questions about how you trained as a kid. Can you look at my form?” It was special, man. 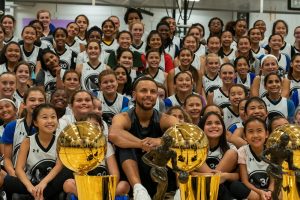 And the girls didn’t just bring it on the court, they also brought it off the court. We had a Q&A session with several successful women in sports and business, which historically have been fields dominated by men. And our campers blew me away with their questions. Just, like, the level of thoughtfulness and care that was flowing through them, and the maturity and nuance of it all. It really struck me.

One of the girls — she asked Ariel Johnson Lin, a VP at JPMorgan Chase & Co., about how, if she’s in a business meeting, and has a great idea….. but the meeting is composed of, say, eight men and then her as the only woman….. would she think twice about how to convey the idea? Would she switch up how she worded things, or her body language, or her tone of voice, based on the gender imbalance of her workplace?

Again, I was just blown away. I mean, we’re talking about a 14-year-old kid here, having the knowledge and sophistication to take a simple camp Q&A session to that level. And questions like hers — those really are the questions that young women continue to have to ask about the workplace in 2018. And that’s because it’s still so deeply ingrained in them, even in 2018, that inequality is just a thing you have to come to expect.

There was a long version, but I’ll give you the short one, which was: Be yourself. Be good, and try to be great — but always be yourself. You could see all of the girls at the camp nodding in unison, and I have to be honest: that was a really powerful moment for me. It was a satisfying feeling, to know we had put these girls in this position where they could connect with some role models, share their experiences and their ideas, and really just hoop, and be themselves — and feel like the main event.

But while that moment was satisfying … I’m not even close to satisfied. In fact, I’m feeling more driven than ever — to help out women who are working toward progress, in any way that I can.

And let’s work together on this.

That’s not something that people are actually disagreeing on, is it? 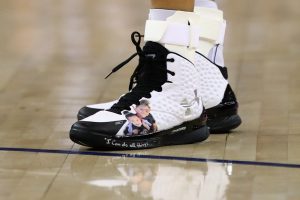 Earlier this summer, a few weeks after the season ended, Ayesha and I were blessed with the birth of our third child, Canon — our first son. And one of the things that has been most on my mind, since then, is the idea of what it means now to raise a boy in this world.

I already know, just based on his gender alone, that Canon will probably have advantages in life that his sisters can only dream of. How do you make honest sense of that as a parent? What are the values, in this moment, to instill in a son?

It’s a lot to think about.

But in the end … I think the answer is pretty simple.

I think you tell him the same thing that we told those girls last week at our camp: Be yourself. Be good, and try to be great — but always be yourself.

And I think you let him know that, for his generation, to be a true supporter of women’s equality — it’s not enough anymore to be learning about it.

You have to be doing it. 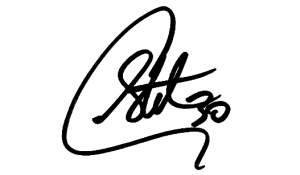