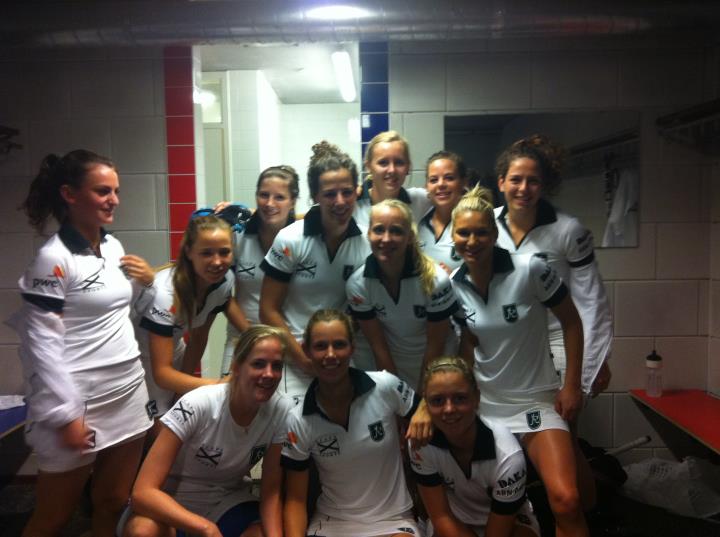 Playing hockey for Dames 1 in the Hoofdklasse is something that I have always wanted to do.
Being able to be a professional hockey athlete is something we can only do in Europe and what an experience it has been.
The life of hockey in Holland is very different compared to how we do it in Australia. Obvious things are different with the language (and my minimal dutch), the terminology on the field, but the main difference is the Dutch style of hockey compared to how we play.

We train 3 times a week as a team and the rest is individual.
On Tuesday’s we have a double session which is something that definitely takes a little bit to get used too. We start around 330/4-530 and during this period we do fitness, core, and more technical skills. We then have a break shower/change, have sandwiches which is something you really have to get used too. Not much variety, every week every session it’s ham,cheese, peanut butter, hazelnut spread or chocolate sprinkles on bread( most girls make toasties) then after that we have a video session then head back into our changeroom get dressed and head back out on the turf for another 2 hrs training followed by dinner at the club and home around 1030. Then again on thursday and Friday nights we train, shower,eat have a video session and meeting.
The nights are long and the lifestyle is something you get used too. Being asleep before 12 is uncommon for me but something I have adapted too.
Hockey here is great. It seems like everyone here plays or knows of the Hoofdklasse and whenever speaking with someone they are always impressed that you play in the top league and know where you’ll be playing the next week or who’s on the top of the table.

You see hockey sticks everywhere!!!There are people everywhere riding their bikes to training with there sticks hooked onto their bikes, or kids in the supermarket with our clubs tracksuit on. (if that was to happen is Aus it’d prob be someone going to a dress up party as a hockey player).
It’s very weird and surprising, but it’s great that hockey actually gets the acknowledgement that it should.
I hope that one day hockey will be like this in Australia.
Being exposed to the Dutch playing style is something I have finally adapted to. Very different and patient style as opposed to the fast and attacking game that we play in Australia. The Dutch way is very patient and we wait and wait transferring around the back till we pick a side to then attack on. Something I had to get used to in the defensive midfield not leading for every ball as there not interested in passing it to you.

It’s been such a great experience living a Dutch life. Playing hockey has been fun, the girls in my team are great fun. They help me and test me on my Dutch everyday and are always teaching me new things even in between drills at training.
The food is very tasty. So many little things that I love and love the Dutch style licorice which they refer to as ‘drop’. I definitely prefer the sweet version rather then eating a spoonful of salt.
The lifestyle of riding your bikes everywhere is by far my
Favourite thing about living here. The ease of jumping on your bike and exploring the city is something that I have enjoyed most and hope that when I am back in Australia that I continue to ride more (although we have hills and thats not so enticing)
Playing in the Hoofdklasse is something that I would recommend to anyone who loves hockey and wants an amazing life experience.
I am happy and proud to now be able to say that I played professional hockey in Europe. 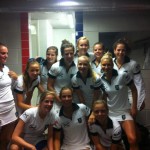 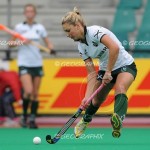