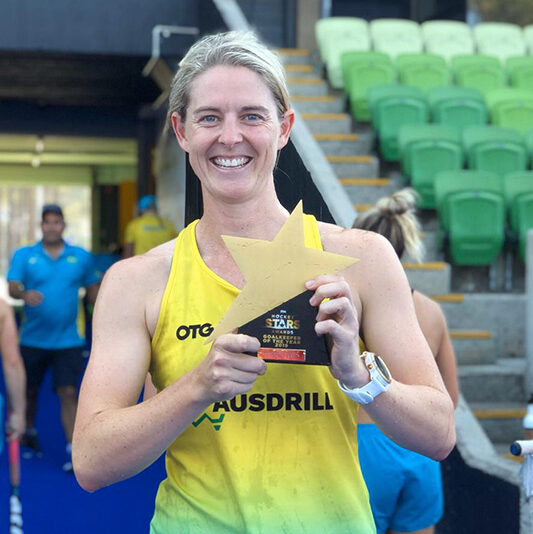 Check out the latest podcast from the team at WiSP Sports

Rachael Lynch has been playing goalkeeper for the Hockeyroos since her debut in 2006. She’s a dual Commonwealth Games gold medallist, World Cup silver medallist, a five-time Oceania Cup medallist, and competed at the 2016 Rio Olympics. In 2019, she became the most-capped goalkeeper to ever play for the Hockeyroos, having played 223 games for Australia. She’s been nominated for the International Hockey Federation’s goalkeeper of the year three times since 2014, and won the award in 2019. Rachael also works as a registered nurse, she runs her own coaching business, STOMP goalkeeping, and has been an active ambassador for RUOK? for many years.

For more information, links and resources plus conversations from the world of women’s sport including articles, blogs, videos and podcasts visit wispsports.com. WiSP Sports is the World’s First and Only Podcast Network for Women’s Sport with more than 60 hosts, 1300+ episodes across 50 shows and over 7 million downloads. WiSP Sports is on all major podcast players.